EIS and the grouse moor 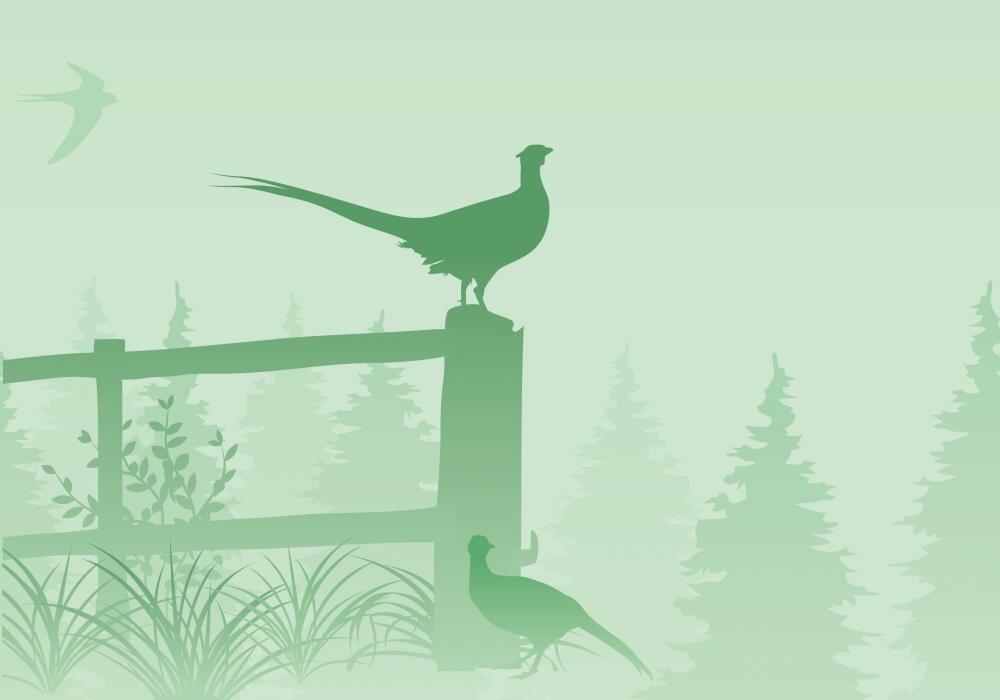 HMRC pays close attention to EIS applications. Shooting and other rural activities can qualify for EIS relief but any personal benefit must be identified

When helping clients with EIS proposals it is key to look at issues of qualifying trades, commerciality and the risk of not considering personal benefit associated with the proposed structure

The EIS tax advantages of any new business venture should be considered. It is key to understand the exact nature of the business structure and plans for which EIS is being claimed to ensure full compliance

In recent decades there has been much government encouragement for farmers and landowners to diversify away from pure farming to generate higher profits or in reality to ‘prop up’ farm losses. Such diversification can be of a ‘lifestyle’ nature, such as using the property in the shooting industry, which can in some cases involve lavish personal enjoyment.

The Enterprise Investment Scheme (EIS) was launched in 1994. It is designed to encourage investments in small unquoted companies carrying on a qualifying trade. It is believed that many members of the rural community do not know about the basic benefits and tax advantages of EIS (and also ‘Seed EIS’) and above all what does qualify as a ‘qualifying trade’.

Misunderstanding over EIS is common. There is the 30% income tax relief on the subscription of the shares. The individual must retain the shares for a minimum of three years. If EIS shares are sold at a loss (after any income tax relief has been taken into account) these can be offset against income for the year and previous year instead of being offset against capital gains. There are concerns that the new 20% rate of capital gains tax (CGT) from 28% will make the EIS less attractive, but EIS schemes are still very attractive as efficient tax planning.

The many recent farming loss tribunal cases have shown why farmers have to diversify to try to produce greater profits in order to continue trading. These cases include Henderson v HMRC (TC04730) where farming losses were supplemented with capital disposals and income from a mine. Another tribunal loss to note is Silvester (TC04682), whose primary concern was sheep farming.

A further example also involves B and R Scrambler (TC4842), this time featuring dairy farm losses of the question of the notional competent farmer. The move to diversification has to involve complex tax considerations.

The importance of farm diversification

With the EU referendum on ‘Brexit’ looming, the need for farm diversification will be of even greater importance for farmers and landowners. With the potential loss of farm subsidies there will be a need to look at alternative land use and different trading vehicles, which can include an EIS company.

There is uncertainty around the impact of the referendum result on subsidies. Farming minister George Eustice has said that the government would continue to give farmers as much financial support, or even more, if the UK left the EU. Many in the farming industry see such pledges as fanciful and consider the key to be fair prices for food. One matter is certain: farmers and landowners will have to diversify into alternative land use, such as commercial shooting and equine. There will also be a need to consider different trading vehicles and look at raising funds in a tax efficient manner such as an EIS operation. Farming (and, ironically, tax advice) does qualify for EIS relief.

Equine activities can qualify for EIS, for example the breeding of horses where land is not involved, together with show jumper investments. With the approach of the Rio Olympics and so many high-profile children of rock stars and billionaires entering the sport there could be an even greater move in this direction.

Diversifying into the shooting industry

One form of diversification available to landowners is involvement in the currently very buoyant shooting industry. The trade of country sports, such as shooting, can be put into a number of tax planning vehicles, such as companies, partnerships and sole trade operations. However, care must be taken so as to ensure commerciality can be demonstrated and the activity is structured efficiently for tax purposes. This emphasis has been highlighted by the recent East Allenheads Estates Limited (TC45130) case heard at First-tier Tribunal (FTT) with regard to EIS.

EIS as a tax planning vehicle

The facts of the East Allenheads case were that, for Mr Jeremy Herrmann, a hedge fund manager, the choice of tax planning vehicle through which to operate his shooting business was an EIS company. Mr Herrmann started the grouse shooting business in 2002 when he bought East Allenheads grouse moor in Durham, together with the adjacent Allenheads Hall, a large country property. Mr Herrmann originally held both properties personally.

Mr Herrmann subsequently incorporated East Allenheads Estates Limited. The company ran the grouse shooting on the estate after Mr Herrmann decided that he wanted to make the shooting operation a proper business from 2005. The moor was transferred into the company, but not the hall itself, although grouse shooting parties occasionally stayed there. In two years, the company accumulated losses of more than £800,000, funded primarily by loans from the director.

These losses indicate the costs of running a grouse shooting operation and raise questions about ‘duality of purpose’ with costs as large as shown in this trade together with the nature of the trade. Mr Herrmann’s first arguments were that he needed to speculate to accumulate and this was the reason for the losses.

Mr Herrmann then invested £6.5m in the company on 13 July 2007 by way of a share subscription and claimed EIS capital gains tax deferral reinvestment relief on this sum for other gains. The timing of the investment did not escape the tribunal judge’s attention given HMRC’s announcement of a a restriction to £2m for reinvestment relief had been announced by HMRC and would come into force on 19 July 2007.

It was decided that the grouse moor business was pushing the limits on the difference between lavish personal enjoyment and commercial necessity. The money raised from the share subscription was mostly spent over the next year. The company spent £1.3m on improvements to Allenhead Hall (mostly on a spa complex), £3.5m on art and antiques (including a £2.9m Magritte painting) and £3.3m on acquiring a further moor and a farm. As the tribunal judge stated:

‘The picture that emerges from the evidence is of expenditure on the various works at Allenheads Hall up to November 2007 dwarfing all other expenditure of the appellant in that period, then a major spending programme from November 2007 through to February 2008 on art and antiques and finally the land purchase in March/April 2008.’

HMRC initially refused to approve the EIS claim on the ground that the money had not been spent for the purposes of any qualifying business of the company. This can be a complex decision because part of achieving sales in the shooting industry can involve lavish entertainment. The art and antiques were not business assets at all, and the expenditure on the spa complex had provided improvements to the hall that Mr Herrmann owned personally. Mr Herrmann disagreed with this decision and appealed at the FTT.

The Mallalieu v Drummond case is still often used in tribunals where there is private use. Mr Herrmann argued that his business model was to aim at the very richest customers who wanted the best. Although the hall was Mr Herrmann’s personal property, and the art was on its walls, it was argued the purpose was to make the venue fit to entertain this type of clientele. As long as such an approach was his intention, any private benefit he received would be held as incidental.

The tribunal judge did not agree with Mr Herrmann’s arguments for incidental private use following the ruling in Mallalieu v Drummond, which is the only case of its type that can be taken into account, and the test referred to was deemed to be purely subjective.

There was no firm finding by the tribunal on whether the art and antiques were purchased for the purpose of the trade. The problem was that the purpose of the company at the time of the investment was deemed to have included a purpose of benefiting Mr Herrmann, and one that was more than just incidental to its main business purpose. The tribunal judge said a comparison of the investment made with the £760,000 company turnover suggested that the personal benefit and personal enjoyment must have been paramount.

Must raise money to carry on a qualifying trade

The judge considered that the shares were not issued with a view to raising money so that the company could carry on a qualifying trade on a commercial basis. Although some of the money had been spent on qualifying purposes, far too much of that raised had not. For that reason, the refusal to grant an EIS certificate was upheld by the judge of the FTT.

The East Allenheads case gives guidance to tax advisers and investors that the trade connected with the EIS claim must not include personal benefit and that HMRC are scrutinising such claims in depth and detail.

A key point is that it is not necessarily the trade of shooting on the grouse moor that is the problem here, providing such a country pursuit can be proved to be a qualifying trade run on a commercial basis. The problem can be where the proposed EIS application involves personal benefit. Business plans will have to be produced and the inappropriate use of personal property must be carefully considered from the outset of the application if an EIS claim is to survive HMRC scrutiny.

A shooting operation can qualify for EIS but it must be commercial and not contain expenditure relating to personal enjoyment. It can be difficult to prove the difference. Evidence of commercial necessity is necessary.

Julie Butler is a farm and equine tax specialist. Her articles are published in the national accountancy and tax press and she is the author of Tax Planning for Farm and Land Diversification, Equine Tax Planning and Stanley: Taxation of Farmers and Landowners.

Transactions in securities – where are we now?

The conflict between national heritage rules and complex VAT legislation