HMRC statistics show that approximately one in ten people in the UK have an offshore financial interest. The taxation of income and gains arising from these interests can be complex.

HMRC now has access to unprecedented levels of overseas financial data. Alongside the data is HMRC’s ‘No Safe Havens’ offshore strategy, renewed in 2019, as well as punitive penalties for offshore errors in tax returns. Identifying and dealing with offshore non-compliance is crucial for all professionals and individual taxpayers.

We highlight ten of the most common misconceptions surrounding offshore assets from our practical experience.

HMRC statistics show that approximately one in ten people in the UK have an offshore financial interest. The taxation of income and gains arising from these interests can be complex. Fundamental principles are often misunderstood and this leads to common myths and misconceptions.

HMRC now has access to unprecedented levels of overseas financial data. Alongside the data is HMRC’s ‘No Safe Havens’ offshore strategy, renewed in 2019, and punitive penalties for offshore errors in tax returns. Identifying and dealing with offshore non-compliance is crucial for all professionals and individual taxpayers.

We highlight ten of the most common misconceptions surrounding offshore assets from our practical experience. This mythbuster will help taxpayers or any adviser to de-mystify the UK tax reporting of foreign assets. For further guidance refer to the Self Assessment Foreign Return notes (see bit.ly/2Ti3mSb), HMRC manuals and the relevant legislation.

1. Offshore assets do not need to be reported

A key principle of UK tax law is that individuals who reside in the UK must declare any income and gains arising from their worldwide assets, not just those which are owned in the UK. This does not always apply to those whose ‘permanent home’ or ‘domicile’ is outside of the UK (see below).

HMRC does risk assess the offshore element of tax returns (or lack thereof) and decide whether to open an enquiry. This risk analysis is based on the information it holds about an individual’s offshore assets. Historically, data about offshore assets was scarce for HMRC. In recent years, however, there has been a momentous change in the amount of offshore information flowing to HMRC. Most notably, the Common Reporting Standard (CRS) is a global standard for the automatic exchange of financial account information that is overseen by the OECD. Over 100 countries have adopted CRS and HMRC received details of 5.7 million offshore accounts held by UK residents in 2018.
HMRC is now very much on the front foot in terms of challenging taxpayers who it suspects may have underdeclared or evaded tax altogether on offshore interests. This is a focus area for HMRC in identifying cases for routine enquiry and more serious civil and criminal investigations.

2. The foreign tax paid is enough

With increasingly globalised financial affairs, being taxed in two different countries on regular occurrence. Treaties and local tax laws to mitigate double taxation must be checked by advisers dealing with foreign assets.

The primary mechanism is a double tax treaty agreed bilaterally between jurisdictions. There are many treaties in place between the UK and other countries. Double taxation is eliminated either by way of exemption in one country, or a credit.

A common situation is, say, local tax in the foreign country deducted at source from bank interest for a UK resident. Irrespective of the fact that local tax is paid, the interest income is reportable in the UK. The self assessment tax return via the Foreign pages then includes a foreign tax credit (FTC) relief calculation.

There is also Taxation (International and Other Provisions) Act (TIOPA) 2010 s 18, which allows for unilateral tax credit relief to be given against UK taxes for foreign taxes imposed in a country with which the UK has no double taxation agreement. See TIOPA 2010 or HMRC International Manual for further details.

3. Money accumulated before moving to the UK is tax free

Individuals moving to the UK will become liable to UK tax on income and gains from their worldwide assets from the date they become UK tax resident. This is determined by tests that consider the number of days spent in the UK, amongst other factors such as property, work and family ties. Check the statutory residence test legislation in Finance Act 2013 Sch 45.

A frequent misconception is that funds earned or accumulated outside the UK while non-resident can be somehow ‘ringfenced’ upon moving to the UK. This will not be the case if those assets continue to generate foreign income or gains during the period of UK residence. Of course, the matter will be far more complex for non-UK domiciled individuals (see below).

4. Foreign pensions can be ignored

A current UK resident may have lived or worked abroad for several years and in multiple countries. Foreign state pensions and retirement savings plans in countries outside the UK are perfectly understandable with a globally mobile workforce. These foreign pensions are generally not exempt from UK tax (although a double tax treaty may apply). Tax free plans in an overseas country may in fact be taxable in the UK, which can lead to some unforeseen tax outcomes.

When pensions are drawn, there are complexities depending on how the pension income is derived and whether it is treated as a lump sum payment.

There are risks in transferring a pension offshore. Transactions can lead to an ‘unauthorised payment’ being made, which can attract a total tax rate of 55%. In addition, a scheme sanction charge can also apply under Finance Act 2004 ss 239 to 241.

Tax is often not the primary reason for having an offshore bank account. Classic scenarios include foreign students, expatriates, holiday homes and family overseas. However, OECD statistics show that countries with lower rates of tax do typically attract greater volumes of financial activity and inward investment. For some foreign account holders, the local rate of tax is lower in the country in which the account is located, compared to the UK. Once declared via self assessment, the overall tax paid will generally be the same as if the account were UK based.

It can also be the case that holding money offshore actually increases the total amount of tax payable. HMRC has a wide range of anti-avoidance tax measures which can prove punitive; for example, the transfer of assets abroad legislation.

6. Accounts which are not in my name do not need to be reported

UK tax is usually ultimately payable on income in the hands of the beneficial owner of an overseas account, rather than the named or legal owner. So if an overseas account is held by a nominee, or another entity, it can still be taxable on the individual who beneficially owns the asset and has a right to the income.

An interesting twist on this is the case of Lily Tang v HMRC [2019] UKFTT 81 (TC). The tribunal held that Mrs Tang was not the beneficial owner, and not taxable on funds in a Singapore account. The FTT cancelled the discovery assessments and all penalties despite HMRC arguing the contrary.

HMRC’s ability to understand the beneficial ownership of an offshore account is sometimes masked by multi-layered ownership structures; for example, a bank account held by an overseas company or trust. The increased global information sharing will make this easier for HMRC, and a wide number of ownership registers are now being created and enforced globally.

7. Only material amounts of income need to be reported

There is no published de minimis limit for reporting offshore income, other than a small threshold available to some individuals whose ‘domicile’ is outside of the UK. For a UK resident and UK domiciled individual, offshore income will need to be declared no matter how negligible the amount may appear in practice (although this can be rounded down to the nearest pound). This can frequently be an issue for UK residents with holiday homes, where offshore bank accounts are only held to pay local expenses.

For the sale of overseas assets, it is also commonly misconceived that a gain below the annual exemption (currently £12,000) would not need to be reported. Although no capital gains tax may ultimately be payable, this does still need to be reported on the tax return as it is a chargeable disposal.

For both of these points, the tax impact may be small, but overall costs of non-compliance could still be felt, especially as penalties can apply.

8. I was born abroad so I do not need to declare foreign assets

Much confusion surrounds the concept of ‘domicile’ and being a non-UK domiciliary for UK tax purposes, which is beyond the scope of this article. It is however clear that the taxation of ‘non-doms’ in the UK tax system has changed significantly with the 2008 changes and more recently the deemed domiciled provisions from 6 April 2017. Domicile status is increasingly being examined by HMRC, as seen in the recent FTT decision in Embiricos v HMRC [2019] UKFTT 236 (TC). As such, taxpayers are wise to avoid any assumptions on domicile, and to seek expert advice about disclosure of their foreign assets even if they were born outside the UK.

For those holding foreign bank accounts in what HMRC may view as a so-called ‘tax haven’, there are of course many ‘non-tax’ reasons for doing so. These are linked to personal and commercial drivers, depending on the nature of an individual’s financial and business interests, and include:

9. I can pick the best exchange rates for me

Income from overseas accounts, which are denominated in a foreign currency, must be converted to pound sterling for the purposes of tax reporting in the UK. The HMRC website publishes yearly average and spot rates for exchange purposes (see bit.ly/2uIFmgR).

Where exchange rates are applied inconsistently, or from a range of sources, HMRC might suspect that these are being picked purposefully in favour of the taxpayer. Chargeable gains must also be calculated by converting the proceeds and costs incurred to pound sterling at the date of disposal and acquisition respectively.

10. Foreign rental profits and losses do not need to be declared

Rental profits incurred in respect of overseas properties are generally still taxable in the UK; however, relief for foreign taxes may be available.

We have seen examples in practice where a UK resident with a rental business declares a loss overseas based on the local laws, but generates a profit for UK tax purposes. This is because each tax authority has its own rules for the deduction of expenses, reliefs and allowances. It is important that a computational exercise is always undertaken to calculate the rental profits for UK tax purposes, even where accounting is complete overseas.

Many individuals believe they incurred a commercial loss based on total property costs (perhaps including mortgage capital payments) being deductible, when in fact they may have a taxable rental profit to declare in the UK.

These are just a few of the myths and misconceptions we come across in practice. The message for advisers is clear: it is always worth checking and double checking to make sure we have a full picture of a client’s offshore assets.

The reporting of foreign assets is complex. Where mistakes are spotted, the Worldwide Disclosure Facility (WDF) remains open and voluntary disclosure is to be encouraged. A voluntary approach will generally reduce penalties. The Failure To Correct regime now in force since October 2018 makes mistakes on foreign asset reporting increasingly more expensive (see Finance Act (No. 2) 2017 s 67 and Sch 18). Therefore, advisers and taxpayers are wise to take great care in their returns, and when handling enquiries and disclosures. 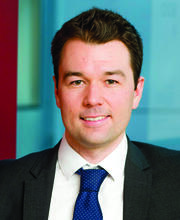 Compliance and the cost of mistakes!