The CIOT and ATT recently asked members why they might still need to contact HMRC for SA302 calculations. We have sent the feedback we received to HMRC, and will keep members informed of any further developments in this area.

HMRC recently raised concerns with professional bodies that they are still receiving significant call volumes from agents requesting hard copy SA302 tax calculations to verify self-employed income for mortgage applications. This is despite the fact HMRC have been working with lenders for some years to get them to accept tax computations printed out from individual’s online HMRC accounts or commercial software. The list of providers that will accept such tax calculations without recourse to paper copies from HMRC can be found at https://tinyurl.com/yc3ragnc.

HMRC’s concern is that these calls are taking up time that could be used to deal with other queries. The printed SA302s are then sent second class, which causes delays for borrowers.

By far the main reason members gave us for calling HMRC was that paper SA302s are still being requested by mortgage brokers, who seem to be unaware of the agreement between HMRC and the Council of Mortgage Lenders. Members receive a mixed response when challenging brokers with some agreeing to accept SA302s/Tax Year Overviews printed from commercial software whilst others refusing to accept anything but a paper copy directly from HMRC. Some members reported that lenders are also often unaware of the agreement. Members were also concerned that challenging brokers about the updated procedure was often seen by their clients as being obstructive, and risked affecting client relations.

Several members suggested that it was time that SA302s were readily available to download from HMRC online accounts for all taxpayers who submit a self-assessment tax return, not just those using HMRC’s software.

Guidance on mortgage lenders and financial references is included on the CIOT and ATT websites.

Margaret is the Technical Officer for the CIOT’s Management of Taxes and Owner Managed Business committees and its Dispute Resolution and Litigation Group. After studying Law at Leeds University, she began her career in tax in 1986 at a Big 4 accountancy firm. 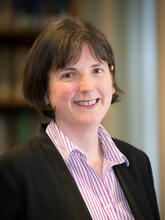 Helen Thornley MA (Cantab) joined the Association of Taxation Technicians in July 2017 after ten years in practice specialising in private client work. Based in Cumbria, she writes about the interesting aspects of taxes both ancient and modern.

Distortion of competition – is Judicial review an effective remedy?