Against a background of challenging times and a rapidly rising cost of living, Rishi Sunak pushes to be known as a tax-cutting chancellor.

Chancellor Rishi Sunak delivered the Spring Statement on 23 March amidst a difficult UK and global context. The Statement (see bit.ly/37QT58V) set out some immediate measures to support people; a significant programme of national insurance and income tax cuts; and discussion around new measures to boost UK productivity, with decisions promised at the Autumn Budget.

Two new measures are announced to support families with cost rises in energy. Firstly, a 5p per litre fuel duty cut takes effect immediately (worth 6p per litre with VAT). This is probably worth £1 per week for a motorist travelling about 5,000 to 6,000 miles annually. Fuel duty is so widely spread across the population that the cost of the cut is over £5 billion. The Chancellor announced the cut for a year – but most of us can’t remember when fuel duty was last increased.

The second measure is £500 million to top up the Household Support Fund, administered by local councils, adding to £500 million allocated in October 2021. There is also a small measure to zero-rate for five years energy saving materials for residential use.

The big headline grabbing measure is the plan to increase the National Insurance threshold by £3,000, so that from July 2022 it will be aligned with the personal allowance. The Treasury document states that the thresholds will remain aligned in future. The broad effect is that an employee earning up to about £35,000 in 2022/23 will be better off, even taking account of the Health and Social Care levy (which takes the form of National Insurance in 2022/23).

The threshold increase cannot be implemented before July, so as to give payroll systems time to manage the change from the pre-planned increase to £9,880. The result will therefore be that almost everyone will pay more national insurance from April to June before the majority see a cut from July. Employers do not benefit from an increased secondary threshold, which remains at the planned £9,100 (up from £8,840 in 2021/22). However, the employment allowance, which applies where employer National Insurance liability was less than £100,000 in the prior year, goes up from £4,000 to £5,000 from April 2022, benefiting about 450,000 businesses.

The self-employed pay National Insurance on an annual basis and so the threshold for 2022/23 will be £11,908. This will be the same threshold for Class 2, with the added benefit that 500,000 people with earnings between the lower earnings level of £6,725 and £11,908 will have no liability but will still receive National Insurance credits towards the state pension. The Low Incomes Tax Reform Group has pointed out that individuals will need to file a self-assessment tax return to claim the credits. Others will no doubt mention that benefit claimants will see part of the benefit of the threshold increase clawed back.

Overall, the effect of these changes and the introduction of the Health and Social Care levy will be to widen the gap between the National Insurance costs of employment and self-employment.

The Chancellor announced a package to promote economic growth. He first discussed the areas of focus in his Mais lecture on 24 February (see bit.ly/3wGdRCq), where he said: ‘We must put all our energies into three priorities: Capital. People. Ideas.’ The Tax Plan announces that the government will consult with business on how best to deliver additional tax relief for capital investment. The accompanying documents make various suggestions for increasing capital allowances, including adding a first-year allowance component; enhancing the annual investment allowance; or improving writing down allowances. The OECD has highlighted for some time that the UK has not been competitive in the allowances it gives for capital expenditure.

The next area of concern is investment in people. The government said it is looking at reforming the use of apprenticeship levy funds, whilst still supporting apprenticeships as an important part of improving training. The third area – Ideas – will look at additional reforms to the R&D tax credit system.

The final flourish of the Spring Statement was the announcement of a cut in the basic rate of income tax to 19%, from April 2024. Charities will be protected from the potential fall in gift aid for three years. Scotland will receive additional funding, which the Scottish government may choose how it is used.

The Tax Plan also mentions that the government will consider reforms to tax reliefs and allowances, with decisions before 2024. 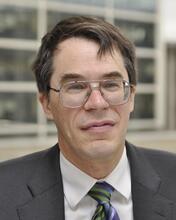 Welcome to the April Technical Newsdesk