We consider the complex issues that impact the calculation of capital gains tax on property in cases of separation and divorce.

In cases of separation and divorce of individual parties, a financial provision order may require detailed capital gains tax analysis accompanied by computations from an independent tax expert. In order to calculate the likely tax burden on personal assets that require disposal, a number of questions need clarification.

The Court’s Procedure Rules must be adhered to when this information is provided by the expert.

The provision of such capital gains tax calculations to the court entails an in-depth understanding of the parties’ assets with adjunct latent tax problems.

During a marriage ceremony, we are likely to have heard the phrase: ‘...let no man put asunder’. Following the Covid lockdown, it may have been that many couples spent too much time together and this is leading them to separate and divorce. Currently, the new rules on ‘no fault divorce’ as detailed in the Divorce, Dissolution and Separation Act 2020 came into force on 6 April 2022, allowing for new legislation that avoids the acrimony associated with the previous rules. Note that new terminology applies now so that a ‘decree nisi’ is termed a ‘conditional order’ and a ‘decree absolute’ is a ‘final order’.

Whilst this is very welcome after years of campaigning by many, it still does not avoid the cost associated with the financial negotiations that follow the decision to part. In this regard, there has always been ‘negotiation’ as to assets held by each party and the values of those assets in financial remedy proceedings before the Court’s Family Division. One of the areas that will be addressed is the capital gains tax that would be payable by each party on assets (commercial and private property, shares, etc.) they each hold should the assets need to be liquidated. The Finance Bill 2022/23 has been issued with draft capital gains tax changes expected to apply from 6 April 2023.

It is common for a capital gains tax specialist, when provided with the relevant information, to calculate the tax that would be due, the payment date and any possible mitigations of that amount of capital gains tax. Also, when advising the court of the findings, reference must be made to the Court’s Procedure Rules: Practice Direction 25B with special attention paid to para 9.1. Invariably, the capital gains tax specialist will require answers to many seemingly mundane and irrelevant follow-up questions on assets held by the parties!

However, to get a clear picture and hence the correct capital gains tax liability of the applicant (formerly the petitioner) and respondent for the court, this process must be accomplished (see Example: Gina – issues to consider).

The shared discount on the property of 10% to 15% in market value where a property is owned jointly as tenants in common must be taken into account.

Any pound to euro exchange rates must be calculated at the spot rates on the appropriate dates.

An original death valuation in June 2017 was made at €335,000. In Italy, if a property has been owned for more than five years, there is normally no Italian capital gains tax payable. Gina’s domicile and UK residence position should also be addressed prior to the undertaking the capital gains tax calculation.

There are additional matters requiring clarification by advisers which may affect the subsequent calculations:

The capital gains tax adviser may also be asked to address possible methods of reducing the amount of capital tax due and to advise on the likely effects of any mitigation on the amounts of tax due.

Transfers between spouses and civil partners

The Taxation of Chargeable Gains Act (TCGA) 1992 s 58 provides that where spouses are living together, transfers of interests in assets from one to the other that are chargeable to capital gains are deemed to take place on a ‘no gain/no loss basis’. Effectively, the transferee obtains the asset for the same base cost for which the transferor acquired it.

From 6 April 2023, following government acceptance of a recommendation from the Office of Tax Simplification, s 58 is amended to include sub-sections (1A) and (1B), ensuring that this applies where the disposal is made while the parties are married or are civil partners and are living together.

Transfers between spouses and civil partners ceasing to live together

By virtue of TCGA 1992 s 286(2), whilst the couple remain married, the two individuals are ‘connected persons’ and market value is used. From 6 April 2023, s 58(1C) provides for a transfer of assets on a ‘no gain/no loss basis’ whilst the parties are married or civil partners but have ceased to live together, when the disposal is made before the earlier of:

Additionally, from 6 April 2023, TCGA 1992 s 58(1D) states that the assets transferred are treated on a ‘no gain no loss’ basis where the parties ceased or are ceasing to be married or civil partners; and disposal of the asset is in accordance with an agreement or order under s 225B(2)(a) or (b) (‘Disposals in connection with divorce, etc’).

Example: Jim and Charles - ceasing to live together

Jim and Charles, a couple in a civil partnership, separate in the year ending 5 April 2023.

Barring the earlier issue of the final order (previously decree absolute) or a court order dissolving or annulling their partnership, then assets may be transferred between them until 5 April 2026.

This extension is a welcome change as the Family Courts throughout the country currently have substantial delays.

From 6 April 2023, TCGA 1992, s 58(3) amends s 225B and extends the principal private residence relief claim until it is eventually disposed of to someone other than the former spouse; i.e. sold to a third party. Separately, a disposal to the former partner is in any case to be treated on a ‘no gain/no loss basis’ within new s 58(1D).

Currently, the court order may require that the family home is transferred to, say, the applicant, such that a deferred sum is due to the respondent at a later date when the family home is sold or transferred (e.g. Mesher or Martin orders). Any future payments are capital sums derived from assets (under TCGA 1992 s 22) which are specifically not a debt under TCGA 1992 s 251. Once the future payment is paid to the respondent, it is subject to capital gains tax with a base cost of that right being a sum that the respondent was originally assessed on, notwithstanding part was covered by principal private property exemption.

However, from 6 April 2023, the new capital gains tax rules at s 225BA state that if, in accordance with the deferred sale agreement or order, say, the respondent receives a sum in respect of a share of any profit made upon disposal by the applicant of the dwelling house (i.e. main residence), the receipt of that sum would be treated as a disposal falling within TCGA 1992 s 22 (capital sums derived from assets). That receipt is to be treated as a gain attributable to the respondent’s initial disposal attracting principal private residence relief or, as the case may be in s 58 (1A)-(1C), on a ‘no gain/no loss basis’.

So, it seems that the new Finance Bill 2022/23 provisions if enacted ‘let no capital gains tax put asunder’. 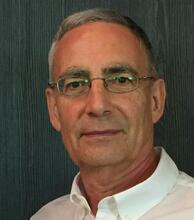 Jon Golding is an author, speaker and consultant on taxation matters. He is a Fellow of the Association of Taxation Technicians and a member of STEP.