CIOT, ATT and LITRG have responded to a recent HMRC consultation which proposed several potential options for improving the range of data that HMRC collect, use and share across government.

In a consultation published by HMRC on improving the data HMRC collect (see tinyurl.com/46wba7w4), six areas were identified where HMRC believe their data could be improved, along with specific implementation options. These are:

Noting that the COVID pandemic brought into sharp relief how little the government knows about its citizens and businesses, the consultation claims that improving the administrative data collected by HMRC and other departments can provide an accurate and up to date picture to help build a trusted, modern tax administration system and improve government policy and operational decision making. The consultation sought views on the proposals before the government makes final decisions regarding which data to collect, from whom and from when.

In its response, the CIOT said it was concerned that gathering this additional data will place significant extra administrative burdens on employers and businesses, for little or no direct benefit to them. However, we said that we are mindful that the government is hoping to use the data to target investment and support to grow the economy and deliver improved policy outcomes. The better targeting needs to be evidence based and if the underlying data does not exist, it must be collected somehow. We also recognised that there may be situations where the tax system is as sensible a way as any other of collecting this data; however, some of the data, for example employee occupation and location data, may be difficult to collate and provide to HMRC in a cost-efficient way.

There may be potential tax benefits in collecting some of the data; for example, in helping to target HMRC’s compliance activity better. However, we questioned whether HMRC have the resources to handle the collection and processing of this amount of additional data and indeed whether this is a good use of HMRC’s limited resources, as much of the data is intended for use by other government departments. Unless additional resources are going to be made available specifically to cope with the additional data, HMRC need to prioritise improving the delivery of their existing services and compliance activity before taking on further responsibilities. Even if additional resource will be made available, we suggested that it would be better used in bringing service standards back to an acceptable level.

We noted that additional powers will have to be granted by Parliament to HMRC before the data can be collected. The collection of this sort of data (for example, business sector, occupation and location) on a mandatory basis is currently outside the core functions of the Commissioners for HMRC, as contained in Commissioners for Revenue and Customs Act 2005 s 5, since it is not relevant to the collection and management of revenue or tax credits. Additionally, there will need to be legislative changes to Taxes Management Act 1970 to cover data which has nothing to do with tax that will be collected via the self-assessment tax return. (For example, s 8 currently states that a person may be required by notice to deliver a return ‘for the purpose of establishing the amounts in which a person is chargeable to income tax and capital gains tax for a year’.) There would appear to be several other knock-on effects to the tax administration compliance framework that, we suggest, will need to be consulted on further if it is decided that any of these proposals are to be implemented and the requests for new data made mandatory.

We also had concerns about the penalties that taxpayers may face if the collection of this data is made compulsory. While HMRC say they will take a reasonable and proportionate approach to penalties, we think that there should be a separate penalty regime, which is not tax related, if taxpayers omit or provide incorrect data unrelated to their tax liability. If you fail to provide a business sector code, for example, that should not make the whole tax return incomplete.

The LITRG response recognised that there can be benefits from HMRC gathering additional data that is relevant to taxpayers’ tax liabilities. However, we raised a few concerns in relation to the proposals in the consultation document.

We noted that HMRC could make more use of the data in its possession to improve the taxpayer experience, rather than focusing purely on minimising the tax gap. Use of data that results in HMRC assisting taxpayers to benefit from the reliefs, allowances and deductions they are entitled to will help to build trust in HMRC and the tax system. This in turn will help to improve compliance.

LITRG is concerned that HMRC do not currently make best use of the data they already gather. While we accept that there are sound arguments in some cases for gathering more data, in general we think the starting point should be to focus on making best use of the data it already collects.

In relation to most of the options put forward in the consultation document, the foremost argument for collecting the data is to assist the government in other areas of policy, rather than tax. We have requested clarification as to whether HMRC is the appropriate body to collect and use the various types of data included in the consultation.

Finally, the HMRC consultation proposed that it will be mandatory to provide the data and that penalties will apply where it is not provided. We raised a few questions, including whether HMRC have the appropriate resources or expertise to exercise judgement as to whether a piece of data is accurate or complete.

The ATT response made many of the same points as CIOT and LITRG. It also noted that the consultation concerned two very distinct types of data: data which (in the words of the consultation) could contribute to building a trusted, modern tax administration; and data which could contribute to improving government policy making. We noted that the two categories raised different considerations. We also noted that turning attention to the collection of additional data could adversely impact HMRC’s existing data projects, such as the further development of the Single Digital Account.

ATT said that there needed to be a clearer articulation of the intended application of the additional data and its value within that context to determine whether the additional burden imposed on those required to provide the data was proportionate to that value.

In relation to the collection of data other than for the purposes of tax administration, we made the case for separate and early consultation on the legislative framework required to enable that collection. We noted in particular that this should consider the relevance and design of sanctions for non-compliance, the related safeguards and the GDPR implications. We added that this separate consultation on the framework should be brought forward before the wider data collection project was progressed.

The ATT response can be found here: www.att.org.uk/ref404.

Margaret is the Technical Officer for the CIOT’s Management of Taxes and Owner Managed Business committees and its Dispute Resolution and Litigation Group. After studying Law at Leeds University, she began her career in tax in 1986 at a Big 4 accountancy firm. 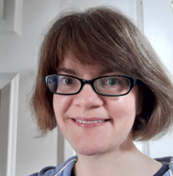 Joanne Walker is a Technical Officer for LITRG and a chartered tax adviser. Particular areas of interest include HMRC compliance activities including one to many campaigns, HMRC's Charter and how this is put into practice, issues related to tax refunds, employment taxes and Scottish taxes.

Will is one of ATT’s three Technical Officers. His main areas of interest include Owner Managed Businesses and management of taxes.