Input tax: the need for deals to be properly structured

We consider two recent tribunal cases where input tax was unnecessarily lost by the taxpayers because deals were not properly structured.

Input tax can only be claimed by a business if an expense is for the purpose of its business and for its own taxable supplies. It cannot claim input tax on an expense that belongs to a different business, even if that business has paid the bill.

Any deal involving three different parties needs to be considered in advance to make sure that VAT will be dealt with correctly, both in relation to output tax and input tax issues. HMRC has the power to raise an assessment going back four years to correct past errors.

In the case of property rental/lease agreements, a business can claim input tax in many cases, even if the lease is between the landlord and an individual person – such as a director or shareholder – rather than the business. However, certain conditions must be met as explained in the article.

VAT on deals involving three parties has always been a hotbed of potential problems. It is a classic case of how things can go wrong in the shark infested waters of the nation’s favourite tax. This is because there is scope for invoices to be issued to the wrong business; for input tax to be claimed by the business that has paid the bill rather than received the supply; for when one party that should be registered for VAT turns out not to be… The list goes on!

In recent months, two separate cases have been heard in the First-tier Tribunal where input tax was disallowed by HMRC – correctly in both cases – but where this would not have been an issue in the first place if the deals had been structured properly.

VAT was not a problem when Mr Latifi traded as a sole trader for his bed and breakfast business and paid rent to Oxford City Council (Star Services Oxford v HMRC [2022] UKFTT 291). The council charged him £8,750 plus VAT each quarter, the invoices being issued to Mr Latifi in accordance with the lease agreement. Mr Latifi was registered for VAT and claimed input tax.

The fun and games started when Mr Latifi incorporated his business in November 2013 and traded thereafter as Star Services Oxford Ltd. Readers can probably guess the next stage in the VAT saga and you are correct: Mr Latifi continued to pay rent to Oxford City Council in accordance with the lease but claimed input tax through his trading company. But there is more: he also sublet part of the premises to a separate business called ‘Stitch’, which personally paid him rent of £600 per month. And then a separate sublet to a coffee shop was agreed between the shop and Star Services, which paid £7,500 plus VAT for quarterly rent.

HMRC disallowed input tax claimed by Star Services on Oxford City Council invoices on the basis that the supply of rent was from the council to Mr Latifi, who was trading as a property rental business in his own name (a separate legal entity to Star Services). The taxpayer’s representative argued that the beneficial interest in the land belonged to Star Services so it was entitled to claim input tax. HMRC issued an assessment for £26,250 covering periods June 2014 to December 2017.

The judge dismissed the taxpayer’s appeal because Star Services had no right to claim input tax:

The taxpayer claimed that it was an ‘administrative mistake’ not changing the Oxford City Council lease from Mr Latifi to Star Services and that HMRC had exploited this oversight by issuing the assessment. However, the waters were muddied with the two sublet arrangements and the tribunal rightly considered the legal relationship between the various parties.

I am guessing that ‘Stitch’ was not registered for VAT as a small business, which was why Mr Latifi charged that business rent, rather than Star Services, because he was not registered either. If this was the case, he would be trying to have his cake and eat it, claiming all input tax on Oxford City Council costs but escaping output tax on some income!

The reality is that the VAT problem could have been prevented if Mr Latifi had registered for VAT in his own name, opted to tax the property in question, and charged VAT on the rent to both Star Services and the sub tenant. That didn’t happen. The main learning point from this case is that it again shows how difficult it is to resolve a VAT and property problem retrospectively – after the horse has bolted from its stable, so to speak.

In the case of Majid and Miah Properties v HMRC [2022] UKFTT 327, Majid and Miah Properties purchased a commercial property, registered for VAT and made an option to tax election with HMRC on the building. The partners spent large amounts of money improving the premises so that an associated company could trade as an Indian restaurant, namely Mehfil (Properties) Ltd. A lease was effective from 1 September 2015, agreeing a rental charge of £500 per week to the company by the partnership.

The complications arose because some purchase invoices were addressed to the builder who did the work – who was not VAT registered – and other costs were paid for by the company. HMRC issued an assessment for £30,446 in 2017 because input tax was claimed on the partnership VAT returns on expenses that HMRC deemed had been supplied to a different business, either the builder or Mehfil (Properties) Ltd.

The judge accepted that some purchase invoices were relevant to the landlord’s responsibilities within the lease agreement; namely that the partnership was responsible for improvement works. Even though some invoices for building materials were addressed to the builder, it was clear that this had been done as an agency arrangement, so input tax could still be claimed by the partnership. The input tax assessment was reduced from £30,446 to £27,360, so the appeal was only partly successful.

Who is receiving a supply?

Many VAT challenges need to be clear about the key question: who is supplying what and to whom? In the cases considered above, the key part of this question is ‘to whom’.

To give a practical example, imagine that a business consists of two associated companies: an estate agency selling houses on a commission basis; and a financial services company earning commission selling mortgages. They both trade from the same premises but only the estate agency company is registered for VAT because its income is VATable; the income of the other company is exempt. So, what is the situation with office telephone bills, which are issued to – and paid by – the estate agency company, even though staff from both companies use the phones and incur costs?

There are two routes here:

The argument that the estate agency company can fully claim input tax because it is paying the entire bill to the telephone supplier is incorrect.

There are occasions when a landlord will insist that a rental or lease contract is agreed with the individual director, rather than a limited company with minimal assets. This is a prudent tactic by the landlords to avoid them having a potential bad debt in the future. In this situation, there is an opportunity for the director to register for VAT as a sole trader and opt to tax the property in question if the landlord is charging VAT on the rent. The director will charge output tax on the rent recharged to his company and therefore claim input tax on the rent invoices issued by the landlord.

However, there is a simpler route that is not widely appreciated (see Input tax – property leases to named individuals).

If a landlord grants a lease to a named individual, the business using the premises can still claim input tax if the following conditions are met:

If these conditions are met, the director is deemed by HMRC to be involved in the rental agreement ‘in a purely nominal way’; i.e. they are not engaged in business themselves.

The issue of three-party transactions is very relevant as far as trading on the internet is concerned. VAT enthusiasts will recall the recent dispute about whether the global taxi firm Uber was supplying taxi rides to its UK customers, subject to VAT; or whether the self-employed driver was making this supply, with Uber charging a commission to the drivers. The courts ruled that it was Uber.

Another case involved the website OnlyFans, which also went in favour of HMRC, with the tribunal agreeing that the content was being sold by the website, rather than the individual content providers who received 30% of the fee paid by the punters.

For both output and input tax purposes, each three-party arrangement needs to be considered on an individual basis to determine the correct VAT treatment. Unfortunately, there have been many situations where business owners have opted for the best VAT saving outcome but then faced problems when HMRC has come knocking at the door and challenged the structure of a deal.

The four-year assessment powers given by the legislation can make any backpedalling a massive issue if, say, output tax is payable on 100% of the payments made by customers rather than a lower profit/commission figure of perhaps 25% to 30%. VAT and three-party transactions must be flagged up for regular reviews to avert a potential problem…. as Mr Latifi found to his cost.

If these conditions are met, the director is deemed by HMRC to be involved in the rental agreement ‘in a purely nominal way’; i.e. they are not engaged in business themselves. 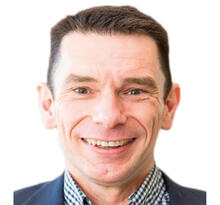 Neil Warren is an independent VAT speaker, author and consultant and was a past winner of the Taxation Awards Tax Writer of the Year. He worked for HMRC for 13 years until 1997.