The normal expenditure out of income exemption

The normal expenditure out of income exemption provides a valuable exemption from inheritance tax, provided certain conditions are met and the correct records are maintained.

The normal expenditure from income exemption provides a valuable exemption from inheritance tax. Where available, gifts made are immediately outside the donor’s estate.

‘Normal expenditure’ means what it is usual for the transferor to spend, rather than some arbitrary judgment as to what is normal. This means that there is no limit on the exemption, provided the transferor has sufficient income.

Care should be taken to determine the extent to which gifts an individual wishes to make may be within the scope of the exemption, and adequate records should be maintained.

The exemption, which is in Inheritance Tax Act 1984 s 21, is available:

‘if, or to the extent that, it is shown:

This article will consider points (a) to (c) in turn, before commenting on factors to consider, exclusions from the exemption and the record keeping required to ‘show’ that the exemption should apply.

‘Normal expenditure’ means what it is usual for the transferor to spend, rather than some arbitrary judgment as to what is normal. This means that there is no limit on the exemption, provided the transferor has sufficient income (see below).

‘Normal’ is not defined in the statute and so this term takes its natural meaning. HMRC’s Inheritance Tax Manual at IHTM14241 summarises the dictionary definition of ‘normal’ as including ‘standard, regular, typical, habitual or usual’.

There is no legislated minimum number of gifts or period over which gifts must be made.

On the latter point, HMRC’s manual, at IHTM14242, advises HMRC officers that it would be reasonable to consider a time span of three to four years to determine whether there is a regular pattern of gifts. The manual adds that a longer period can be considered if this helps the taxpayer to demonstrate that gifts were part of a normal pattern.

A single gift may qualify as normal expenditure if it is intended to be the first gift in a pattern of gifts.

This point was considered in Bennett and Others v IRC [1995] STC 54. This case is referenced in IHTM14244 where HMRC summarises Lightman J’s approach as meaning that, in brief, normal expenditure can be considered in one of two ways:

The transferor recording their intention at the outset of arrangements can assist with point 2. This is particularly true if the gift is a single gift, in which context HMRC comments that taxpayers or agents must provide strong evidence that the gift is ‘genuinely intended to be the first in a pattern and that there was a realistic expectation that further payments would be made’.

Made out of income

The ‘income’ which can be used to make gifts is the income the individual has received after taxes and expenses. Income is income for accountancy purposes, which may not match income for tax purposes.

One point which often arises in practice is 5% withdrawals of premiums invested into non-qualifying insurance policies: these withdrawals are typically returns of capital and so should not be included when calculating the income available to make gifts.

Income should be taken ‘one year with another’. This means that the statute does allow room for an individual’s income level to fluctuate, such that a gift may exceed income in the year of gift but still qualify for exemption once income from another year(s) is considered. This can be a grey area, as income does not retain its status as income indefinitely: it will at some point become capital.

There is no bright line test to determine when accumulated income becomes capital. HMRC’s view is that income becomes capital after two years unless there is evidence to the contrary (IHTM14250). HMRC considers that evidence to the contrary may include immediately investing the income in a capital product or conversely retaining the income as income for longer than two years with a specific purpose in mind.

There is no statutory basis for the two-year rule of thumb that HMRC applies. In McDowall and others (executors of McDowall, deceased) v CIR and related appeal [2004] STC (SCD) 22, it was found that the exemption could, in principle, apply to gifts that were made from income that was accumulated for three years before the gifts were made.

Each case will be considered on its own merits. Factors to be taken into account include the amount of time the income has been held before being gifted, the method of accumulation (e.g. retention in a current account or investment) and the transferor’s actions.

This condition is closely linked to the above considered ‘made out of income’ condition, since both conditions require consideration of the extent to which a donor has income available to them, albeit in this context the point is whether the donor’s usual expenses can be paid out of the income remaining after gifts have been made. The usual standard of living to be considered is what is usual for the transferor when the transfer is made. This means that the exemption may remain available if a transferor’s lifestyle changes following a gift due to a sudden drop in income, such as on redundancy.

HMRC’s approach is that commitments made before a change in circumstances may continue to qualify (e.g. continuing to pay insurance premiums which must now be paid from capital due to reduced income), though the exemption will not apply where the income reduction could be foreseen (IHTM14255).

HMRC officers are advised to use their judgment if there is a permanent change in an individual’s income or expenditure and consider the availability of the exemption on a case-by-case basis (IHTM14250).

HMRC’s manual at IHTM14243 comments that HMRC officers must consider all relevant factors when determining the availability of the exemption, including the factors commented on below.

HMRC comments that normal does not necessarily mean regular or annual, though regular giving is more likely to meet the normality test. HMRC’s manual suggests that averaging the yearly amount of the transferor’s gifts of a particular type will help when considering this point.

HMRC considers that gifts should be comparable in size, though does allow for variation in some instances, such as where the funds required varies (e.g. school fees payable fluctuate over time) or where gifts are made from an income source which varies in size (e.g. company dividends). It is possible for a gift to be partially exempt (e.g. due to limited income), in which case the excess amount of the gift would not qualify for the exemption.

Gifts are generally expected to be gifts of money, since gifts must be out of income for the exemption to apply. Exceptionally capital assets may qualify for the exemption if the asset was purchased using income specifically to give to the donee (e.g. purchasing a car).

Gifts do not always need to be made to the same person: gifts to persons within a category to which regular gifts are made may be exempt; e.g. gifts totalling £10,000 could be given to grandchildren each year with the amount given to each individual grandchild varying each year.

The reasons for making gifts and surrounding circumstances can indicate whether a gift falls within a pattern of habitual giving. A transferor may make regular gifts to a particular group of people but not every gift within that category may be eligible for exemption. For example, a large one-off gift to a child to set-up a business is different from regular Christmas gifts to children.

Some transfers are ineligible for the exemption, including:

Records of income, spending patterns and gifts made should be maintained. This evidence may need to be provided to HMRC in respect of both otherwise chargeable lifetime transfers and/or gifts made in the seven years preceding death.

Form IHT403 contains a detailed schedule which HMRC refers to as a guide for determining a person’s income and expenditure. It is sensible to maintain records in line with HMRC’s schedule.

Additionally, if gifts are made from accumulated income, evidence of the intention to make gifts therefrom should be maintained, since HMRC’s manuals advise that HMRC will only accept that the exemption applies to such gifts if supporting evidence of the surrounding circumstances is available (IHTM14251).

Finally, as noted above, it is prudent to record the transferor’s intention to make regular gifts out of income.

The normal expenditure out of income exemption provides a valuable exemption from inheritance tax. Care should be taken to determine the extent to which gifts an individual wishes to make may be within the scope of the exemption, and adequate records should be maintained. 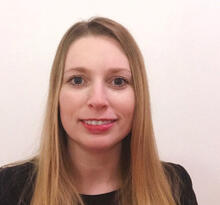 Michelle is a private client tax specialist at Deloitte. Based in the Tax Quality team, her varied role includes monitoring, analysing and commenting on changes in private client tax policy and law, internally communicating these matters and producing external tax publications.

The Register of Overseas Entities will soon be coming into force

A much broader scope

Getting ready for the deadline