R&D relief: the impact of changes due in April 2023

A number of changes to R&D reliefs are due with effect from April 2023. We examine what these changes will entail, and whether they will impact levels of suspicious activity in the relief sector.

The government has proposed a number of changes to the R&amp;D reliefs. Some are due to come into effect from April 2023, while others will be rolled out soon after.

The company will only be able to include the appropriate amount of expenditure in its R&amp;D claim where the expenditure is ‘UK or qualifying overseas expenditure’.

Research and development (R&D) tax relief is in the news a lot these days, not always for the right reasons. The relief has been around since April 2000, originally only for SMEs but extended in 2002 to also provide relief for large companies. In the intervening years, there have been lots of changes, both to the legislation governing the relief and to the ‘marketplace’ for R&D tax advice.

The tax relief for SMEs is very generous. It gives a tax deduction for an amount in excess of the actual expenditure and, in many cases, a payment for surrendered losses. It is perhaps not surprising that it has become a magnet for unscrupulous advisers wishing to take advantage and profit from it.

Members of professional bodies are governed by professional and ethical standards, both of their governing body and, for many in tax, by Professional Conduct in Relation to Taxation (PCRT). Regrettably, not everyone providing R&D tax relief services operates to such professional standards.

HMRC has long been concerned that ‘rogue advisers’ are targeting the R&D relief and submitting claims that, at the very least, push the boundary. More recently, it announced that it had detected significant levels of suspicious activity within the R&D relief sector. As a result, routine processing of claims was paused to allow resources to be allocated to investigating these suspicious claims. Indeed, HMRC recently announced that it has arrested eight individuals in connection with attempts to fraudulently claim more than £16 million of R&D relief.

While HMRC used to have a target of processing 95% of SME claims within 28 days, this target was extended to 40 days to allow for additional checks to be carried out. Indeed, HMRC has even gone so far as to suggest that some of these claims are clearly fraudulent. Letters have been sent from HMRC’s Fraud Investigation Service to some claimants, although at a recent R&D Communication Forum meeting HMRC specialists denied that any company had actually been accused of fraud. Correspondence I have seen has not always been in accordance with this claim.

The government has proposed a number of changes to the R&D reliefs. Some are due to come into effect from April 2023, while others will be rolled out soon after. On 20 July, draft legislation was published for those changes that will take effect from April 2023, with further changes announced by the Chancellor on 17 November in his Autumn Statement. In addition to a number of miscellaneous changes, the key proposals are described below.

This change is being billed as an anti-abuse provision to prevent the misuse of R&D relief. However, it will place a burden on all businesses carrying out R&D, and penalising everyone seems a harsh way of dealing with this problem. Many impacted businesses, especially SMEs, will not be aware of the changes and the need to make claim notifications, making it likely that they will lose out on R&D reliefs. This will particularly penalise start-ups and growing small businesses.

This requirement is also likely to result in HMRC being inundated with ‘protective’ notifications submitted in advance where there is any uncertainty about whether expenditure qualifies for R&D relief.

Claims will be invalid unless the company provides the required additional information. This is expected to include information with regard to the nature of the qualifying activities and a breakdown of the eligible expenditure making up the claim. I understand that this information must be provided using an online form.

Refocusing R&D relief towards activities undertaken in the UK

The UK’s R&D relief schemes have traditionally been quite generous in that they did not have any territoriality restrictions regarding where the R&D was undertaken. This was clearly attractive in that it allowed companies to utilise specialised (and less costly) expert resource that happened to be located overseas and still benefit from the relief.

The arguable drawback of this approach, of course, was that the UK exchequer was rewarding and incentivising the development of this specialist expertise outside the UK. This proposal seeks to addresses that concern.

The proposed changes will cover work contracted out, contributions to independent R&D and the use of externally provided workers. They will apply to both the SME relief and the large company RDEC relief.

Where work is contracted out by the company, it will only be able to include the appropriate amount of expenditure in its R&D claim where the expenditure is ‘UK or qualifying overseas expenditure’. These terms are defined in the new section 1138A of Corporation Tax Act 2009.

Expenditure will be UK expenditure if it is attributable to R&D activity undertaken in the UK.

Expenditure will be ‘qualifying overseas expenditure’ if the circumstances set out in s 1138A(2) apply. These state that the conditions necessary for the R&D are not present in the UK but are present in the place where the R&D is actually undertaken; and where it would be wholly unreasonable for those conditions to be replicated by the company in the UK.

The draft legislation provides that these conditions could be geographical, environmental or social. There could also be legal or regulatory requirements that mean the R&D had to be undertaken outside the UK.

Importantly, the legislation makes clear that neither the cost of the R&D, nor the availability of workers will be considered to be relevant conditions. Accordingly, the fact that expertise in a particular field is cheaper to obtain overseas, or that the expertise can only be found overseas, will not be considered conditions that mean the expenditure is qualifying overseas expenditure.

This might seem a little harsh, particularly with regard to the availability of the expertise, but the aim appears to be to encourage the development of the expertise within the UK. In a recent discussion on these proposals, HMRC did suggest that the inability to develop the required expertise in the UK within a reasonable time frame might be a ‘relevant condition’. The Treasury can add to the list of things that are not ‘conditions’ for the purpose of qualifying overseas expenditure.

In order to comply with these additional conditions, companies that contract work out will need to ensure that they can correctly identify any element of the work done by the subcontractor that is not UK or qualifying overseas expenditure. This should not be a problem where the parties are connected, but contracts with unconnected parties should take account of this requirement.

This definition then feeds into the calculation of the expenditure on externally provided workers that can be included in the R&D claim.

Non-connected parties: For non‑connected party cases, s 1131(2) is amended so that the reference to 65% of the staff provision payment will now be to ‘65% of so much of the staff provision payment as is incurred in respect of qualifying earnings of externally provided workers.’ Again, if expenditure needs to be apportioned in order to satisfy this requirement it should be done on a just and reasonable basis. This means that companies will need to confirm that the earnings of the externally provided workers are relevant earnings so that they can be sure they only claim the correct amount.

As a result of the way the definitions of R&D contracted out (both connected and unconnected) are drafted for the purposes of calculating the R&D fraction for patent box, the changes above will not have any impact on that relief. To ensure consistency in that calculation, this draft legislation includes a provision that ensures the new rules relating to externally provided workers do not flow through for patent box purposes.

This applies to claims by large companies and Corporation Tax Act 2009 s 104L will be amended to include the requirement that the expenditure is UK or qualifying overseas expenditure.

The intention is that Corporation Tax Act 2009 s 1125 will be amended to also allow expenditure on data and cloud computing costs to be included in R&D claims.

Currently, companies may include the cost of relevant computer software, which HMRC considers means the cost of software licences. However, the software world has moved on considerably, with more and more software being provided by means of ‘software as a service’ (SaaS), rather than by licensing copies of the software. In addition, R&D is increasingly undertaken using datasets that are acquired specifically for the purposes of the R&D activity, with processing being undertaken via remote, cloud-based resource. These changes seek to better reflect the current needs of businesses undertaking this type of R&D.

Relief will be given for the costs of a data licence. For this purpose, a data licence will be a licence to access and use a collection of digital data within an R&D project.

There will be some limitations on the eligibility of data costs. The company acquiring the licence must not have the right to sell that data, or to publish or share the data with a third party, other than as part of the R&D activity. Finally, expenditure on a data licence will not be eligible expenditure if the licence is attributable to a qualifying indirect activity.

The same limitations as above will also apply to expenditure on cloud services.

In his Autumn Statement the Chancellor announced that the rates were being changed for both the SME relief and for RDEC. The changes will apply to expenditure incurred on or after 1 April 2023.

The rate of superdeduction for the SME relief is to be reduced from 130% to 86%, while the rate that losses can be surrendered for payable credit is being reduced from 14.5% to 10%. It is clear that this is, at least in part, an attempt to make the SME scheme less attractive to the sort of fraud attacks recently foiled by HMRC.

At the same time, the RDEC rate will rise from 13% to 20%. The RDEC is a taxable credit so the forthcoming increase in the main rate of corporation tax to 25% would have reduced the effective benefit of the relief if the headline rate had not been increased. An increase to 14% would have been sufficient to maintain the effective benefit, so an increase to 20% shows the intent to make the RDEC more attractive.

The changes taken together will close the gap between the two schemes in terms of the benefit to claimants, although the SME scheme is still marginally more attractive. This is unsurprising when you realise that the government is considering a move to a single scheme, which is likely to be based on the existing RDEC. 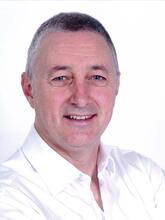 David is an independent specialist adviser on the taxation of innovation, advising companies and other advisers on R&D tax relief, Patent Box and Creative Industry Reliefs. He is a member CIOT’s Corporation Tax technical Committee (and chairs the R&D Working Group of that committee).

Research and Development – addressing some of the uncertainty

Innovation and tax incentives – what is in store