The Self-Employment Income Support Scheme (SEISS) was introduced to provide support during the coronavirus pandemic for the self-employed. So far, four grants have been announced. Grants 1 and 2 are no longer open for applications. Grant 3 covers the three-month period from 1 November 2020 to 29 January 2021 and the fourth grant will cover the period from 1 February 2021 to 30 April 2021. In order to claim the grants, a number of conditions must be met. Grants 3 and 4 have additional qualifying criteria.

After claims opened for the first grant, the Low Incomes Tax Reform Group (LITRG) received a number of reports of self-employed Construction Industry Scheme (CIS) workers, whose work had been affected by the pandemic, being told they were not eligible for SEISS grants. Upon closer inspection, this was because their income and CIS tax deductions were reported on the employment pages, rather than the self-employment pages, of their tax return.

Filling in the wrong supplementary pages in one’s tax return is, of course, an unfortunate administrative error to make, but there are a number of longstanding and difficult issues, not least the structure of the CIS itself, which together mean that CIS workers are especially likely to make this mistake on their tax return. LITRG believe that some of these are arguably within HMRC’s power to have fixed before now.

The working arrangements of many sub-contractors paid under CIS are very likely to have some of the hallmarks of employment. Some workers in this situation will think that they are being treated as – or even that they are – an employee due to the CIS tax deductions.

The confusion about employment status is compounded by the fact that workers receive a CIS monthly payment and deduction statement (a ‘payslip’) which contains a box for the ‘employer’s tax reference’. This monthly statement is a HMRC pro forma and the reference to ‘employer’ reinforces the erroneous message that the individual is an employee. Furthermore, the workers involved may be, inter alia, young, inexperienced, lacking literacy or numeracy skills or migrants whose first language is not English. They may not have the confidence or resources to ask HMRC or to seek professional advice about their tax position.

HMRC have the ability to amend tax returns where there is an obvious error. Even if HMRC do not believe such an error is obvious, at the very least they should be aware of the possibility that something is wrong and should enquire further. This is because the individual’s tax return shows employment income for which there is no corresponding PAYE real-time information data and there is CIS data which has no corresponding entry in the Self Assessment system. This raises an important question – why did HMRC’s systems not flag the mismatch between the data they held and the data returned by the taxpayer?

These taxpayers have tried to do the right thing by submitting their tax returns. It seems unduly harsh that they are now being told they do not qualify for SEISS grants based on a technicality when they clearly fall into the category of people SEISS is intended to help.

LITRG have written to HMRC asking them to exercise their discretion to allow SEISS claims in these very specific circumstances. We have also asked HMRC to take steps to ensure these errors are rectified going forward and that any historic tax and national insurance issues are properly dealt with and CIS workers provided with support. It is not clear at present what HMRC have done in this respect with those who have been refused a SEISS grant due to this underlying error. Finally, we have made a number of suggestions to HMRC of improvements to guidance and processes to try and ensure more people do not make this same mistake and that, where they do, HMRC pick it up at the earliest opportunity. 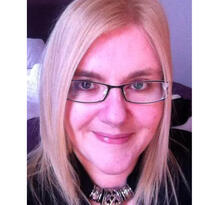 Financial Sanctions: changes as a result of the end of the Brexit transition period

The complicated transition to universal credit