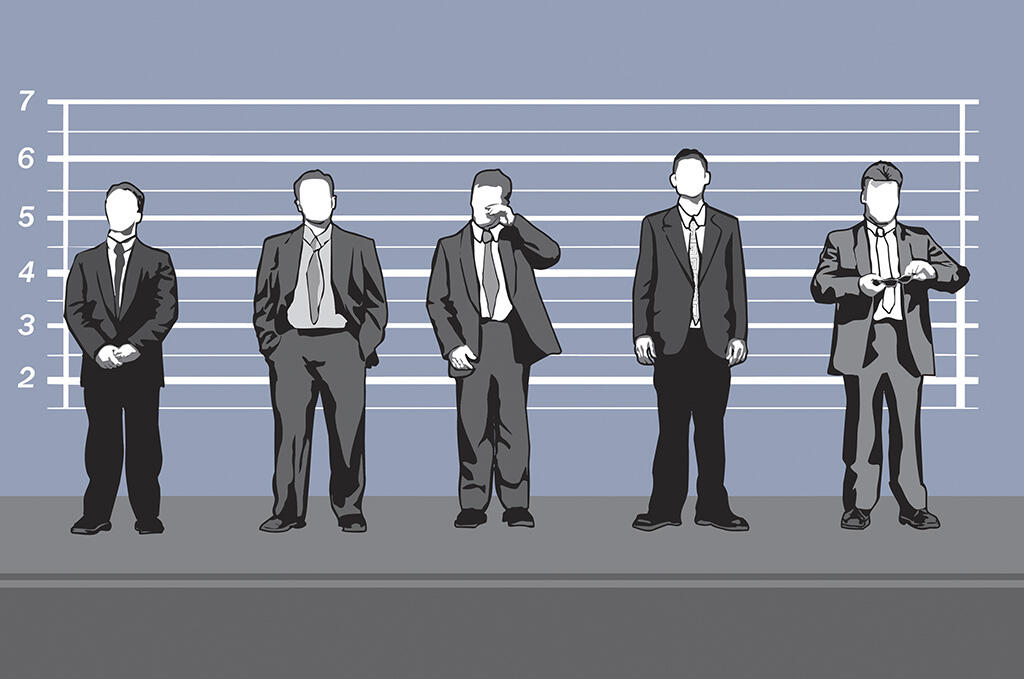 With the end of the Liechtenstein disclosure facility (LDF) and data exchange from offshore jurisdictions courtesy of the common reporting standard looming, it is likely HMRC will identify more cases for investigation over the next few years. When HMRC suspect tax fraud, their first step is to consider pursuing a criminal investigation. However, criminal investigations are time-consuming, costly and offer no certainty of a conviction because a higher burden of proof in the courts – beyond reasonable doubt – is required. So most of HMRC’s investigations into cases of suspected tax fraud are conducted on a civil basis, which requires proof on the balance of probabilities. These inquiries are made under HMRC’s code of practice 9 (COP9) procedure, also known as the contractual disclosure facility (CDF).

The CDF process forces a taxpayer to make a choice: either admit upfront that they were fraudulent by making a full disclosure and be protected from a criminal investigation; or deny fraud and reject the offer of the CDF.

The CDF process ties COP9 more closely to HMRC’s criminal investigation activities because it contains various triggers that cause a case to be re-considered for criminal inquiry. The recent merger should streamline the process.

Circumstances for a COP9 investigation

IInvestigations under COP9 arise when HMRC consider that they have evidence to suggest that a taxpayer acted fraudulently. In some cases, fraud is suspected at the start of the investigation and HMRC opens a COP9 immediately. In other cases, a suspicion of fraud may arise during a self-assessment enquiry and HMRC may then convert the case into a COP9. There is no statutory definition of what constitutes fraudulent behaviour. HMRC’s Fraud Civil Investigations Manual (FCIM201050) states: ‘Tax fraud may be considered in terms of someone seeking to obtain a material tax advantage by dishonesty.’

Whether a taxpayer acted ‘dishonestly’ is clearly a subjective matter and open to interpretation. Although cases involving false invoicing or deliberate omissions of cash sales may be relatively clear-cut, this is not always the case. For example, HMRC may issue COP9 to participants in tax avoidance arrangements that they consider to constitute deliberate evasion of tax. It is unlikely that many participants in these arrangements would consider themselves to have committed fraud.

In addition, taxpayers can apply to HMRC to make a disclosure under COP9 by submitting a form CDF1, a copy of which can be found on the gov.uk website. Voluntary disclosures can be made under COP9 only if the taxpayer is willing to admit that they made deliberate errors. Despite this, the process offers an opportunity for the taxpayer to resolve all inaccuracies, including those that are innocent or careless, in one process, usually by way of a contract settlement. The advantage of a COP9 disclosure is that HMRC will not prosecute the taxpayer for any irregularities that are fully disclosed in the outline disclosure.

However, before recommending a voluntary CDF disclosure to clients:

Stage 1 of the CDF

Outline disclosure and other forms

If HMRC decide that COP9 is appropriate, it will write to the taxpayer offering the CDF process and include various forms. These must be completed and returned to HMRC within 60 days of opening the letter or the offer of CDF will be withdrawn and the case will, in the first instance, be referred for re-consideration of a criminal investigation. The taxpayer can either accept or reject HMRC’s offer of the CDF.

In complex cases that would take more than 60 days to obtain the information to prepare a full disclosure, a brief outline of the deliberate irregularities, with a note to say that further information is being collated, may be enough. In cases where the information is readily available, or the matters to be disclosed are straightforward, it may be possible to prepare and submit a detailed disclosure within the 60 days using the outline disclosure form.

If tax liabilities can be quantified with reasonable certainty at this stage, the taxpayer should make a payment on account to HMRC when submitting the outline disclosure. This demonstrates cooperation to HMRC, which may assist with any penalty negotiations for pre-FA 2007 penalties and will also stop the clock running on late payment interest which is calculated on a daily basis.

Care should be taken when completing the outline disclosure form. Although HMRC will not prosecute a taxpayer for any deliberate inaccuracies disclosed on this form, if any are omitted they might begin a criminal investigation. Specialist advice should therefore be sought, either from a tax investigations specialist or white-collar crime lawyer before completing and submitting the form.

In some cases, the taxpayer may believe that there are no inaccuracies on their tax returns and will therefore reject the CDF offer. Taxpayers considering this route should seek specialist advice because, when COP9 is rejected, HMRC always refer the matter to be re-considered for criminal investigation. It would be prudent to submit a covering letter to HMRC with the rejection form, setting out in detail the reason for this course of action. HMRC state in their COP9 guidance they are ‘happy to consider any explanations or documents that support your rejection’.

To participate in the CDF process the taxpayer must sign an acceptance document stating: ‘I admit that my deliberate conduct has brought about a loss of tax.’ In circumstances where it is not clear that any irregularities are the result of deliberate conduct, specialist advice should be sought. If the taxpayer turns down HMRC’s offer of CDF on the basis that they do not believe any irregularities to be deliberate, a detailed covering letter could be sent with the rejection form. This should include details of each irregularity and confirm that the individual is rejecting CDF because they do not consider these to be the result of deliberate behaviour.

In both cases it may be advisable to undertake as thorough review of the taxpayer’s finances as is possible within the 60 days to check whether there is anything that may appear to HMRC as a deliberate error. This review may identify deliberate errors or issues that the taxpayer maintains were not deliberate, or from which no tax may arise for technical matters, such as an offshore account with no remittances for a client who considers themselves to be non-UK domiciled and who did not file a return because all other income was received after deduction of tax.

It is important to note that HMRC will not communicate with the taxpayer or their advisers during the 60-day period other than on basic administrative matters. For example, the agent can inform HMRC if the client is too ill to deal with the offer at present. In their COP9 guidance, HMRC state: ‘We will not usually tell you what our suspicions are… We are unable to enter into any discussion about your tax affairs until you have notified us of how you wish to proceed or the 60-day response period has expired.’ This is in order to ensure that the taxpayer discloses all relevant matters, not just those HMRC may be aware of, and not to prejudice any later criminal prosecution.

On receiving the acceptance and outline disclosure forms, HMRC will review and consider their contents. If HMRC are satisfied that the disclosure covers all deliberate inaccuracies, the taxpayer is admitted to the CDF process.

If there is a suspicion that the disclosure is incomplete, or if the taxpayer rejects the CDF offer, HMRC will again consider whether a criminal investigation is appropriate. If it is not, HMRC may investigate the taxpayer’s affairs themselves on a civil basis.

Should a detailed outline disclosure be provided, the inspector will approach the taxpayer or agent to resolve any queries before agreeing the final tax liabilities and penalties. If time to pay is needed, this is should be discussed. HMRC will also expect their standard forms to be completed and submitted, namely: statement of assets and liabilities, certificates of bank accounts and credit cards, certificate of full disclosure – confirming that they disclosed all matters relevant to their UK tax position to the ‘best of their knowledge and belief’ – and a letter of offer.

However, in many cases, significant further work will be necessary and HMRC will require a full disclosure report to be prepared, detailing:

HMRC will meet the taxpayer and their advisers to agree the scope of the report and the timetable for its submission. HMRC often require regular progress meetings with the adviser to ensure that the report is progressing satisfactorily. If HMRC feel it is not, they may start their own investigation using their information powers if necessary.

Clients subject to COP9 cannot abdicate to their advisers responsibility for the accuracy and completeness of the contents of the report and the standard forms. HMRC insist that taxpayers sign and submit an adoption certificate confirming that they adopt the report as their own and that it is complete and correct.

After the disclosure report is submitted, HMRC will work with the taxpayer’s agent to resolve queries and ‘test’ the facts disclosed and the report’s conclusions. Further meetings between HMRC and the taxpayer’s advisers may be necessary to complete this and to provisionally agree tax liabilities and the penalties charged. Once all issues and liabilities are agreed, HMRC usually resolve COP9 investigations in a contract settlement. In some cases HMRC will require the taxpayer and their adviser to attend a settlement meeting. The purpose of this is to formally close the investigation and to remind the taxpayer of their compliance obligations.

It is important to remember that, if a penalty is charged for deliberate failures or errors relating to tax liabilities totalling more than £25,000 from 6 April 2010 onwards, the taxpayer’s details may be published on HMRC’s website for 12 months. This list is reviewed by the national press and inclusion on it may lead to adverse publicity – particularly for high-profile clients. However, if a taxpayer is given the maximum possible mitigation for a deliberate penalty, their details will definitely not be published. Mitigation for penalties is given for ‘telling, helping and giving access’ during an enquiry. Therefore, it is vital that the taxpayer fully cooperates with the COP9 process from the beginning. Representations may be made against details being published, perhaps if it will result in a significant risk to a taxpayer’s health or personal safety, but not on the ground of reputational risk.

HMRC are concerned not only with recovering historic tax liabilities through COP9, but also with ensuring that the taxpayer remains compliant. Taxpayers charged a penalty for a deliberate inaccuracy are automatically considered for HMRC’s ‘managing serious defaulters’ programme. In this case, HMRC will inform the taxpayer that they will monitor their affairs more closely for between two and five years. This may include checking that all returns are filed and payments are made on time, requiring more supporting documents to be submitted with tax returns, and further compliance checks.

Overall, CDFs provide a procedure for taxpayers who deliberately under-declared tax or failed to notify chargeability to tax to bring their affairs up to date and avoid the risk of prosecution in exchange for making a full disclosure. The key to this is thorough checking and inclusion of all deliberate errors in the outline disclosure form. If the CDF is rejected, but deliberate errors did occur, there is a risk of a criminal investigation and perhaps prosecution.

Helen Adams is a Tax Dispute Resolution Principal at BDO. Helen is experienced at managing and resolving complex tax enquiries and disclosures, as well as investigations into cases of tax avoidance and suspected serious tax fraud. 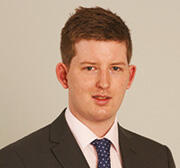 Alistair represents clients subject to Code of Practice 8 and Code of Practice 9 investigations as well as Local Compliance enquiries. He also assists clients preparing voluntary disclosures to HMRC on UK and offshore matters, including those under the Liechtenstein Disclosure Facility.