Getting to grips with changes

Hello, and welcome to the Deputy President’s page for December. I am writing this the day after the Autumn Statement, having thankfully being given an extension to the print deadline – so I didn’t have to second guess what was announced. Having said that, very few of the announcements came as a surprise. They have been trailed and discussed in the press over the past few days and weeks.

It was a very significant statement of intent from the government attempting to draw a clear line between the current Prime Minister and Chancellor and the previous holders of those offices. And although we could have reasonably predicted what was coming, some of the numbers around the cumulative effect of the freezing of thresholds until 2028 in times of high inflation are quite eye‑watering. When Rishi Sunak first introduced the freezing of thresholds, inflation was below 2% and we were living in very different times. All of the changes will need to be factored into advice, and they will eventually flow through to the compliance process, but yet again it means more work for ATT members in getting to grips with the changes. But at least the process of ensuring that members are up to date with the rules will satisfy, in part, the CPD obligations that members have.

And talking of CPD obligations, as the year comes to a close, subscription renewals begin to land on the doormat (or more likely appear in the inbox). Members will have received their ATT subscription renewal and included with this is the reminder to complete the Annual Return. It is a requirement for all members to complete the annual return – part of which will involve declaring that you have complied with the CPD obligations. Coming in the run up to Christmas, particularly in these difficult economic times, any request to part with hard earned cash is never welcome but it is worth reflecting on the benefits that are provided by virtue of being an ATT member.

Firstly, there are the tangible benefits – hard copies of Tolley’s Tax Guide, the Finance Act Handbook, Whillans’ Tax Tables and (of course) Tax Adviser, as well as the legendary ATT mouse mat with the tax rates and allowances on. I remember being part of a Steering Group which voted to discontinue the mouse mats on the grounds that nobody used them anymore and therefore they wouldn’t be missed. How wrong we were! Its removal generated the biggest post bag we had ever received with members wondering where their mouse mat was. As we are an organisation that listens to its members, they were rapidly reinstated!

And, of course, we shouldn’t overlook the extensive Branch Network, not to mention the intangible benefit of being a member of a leading professional body and using the designatory letters ATT.

If, like me, you have been a member of the ATT for at least 10 years then you may well have applied for, and been granted, the status of Fellow. If you have, then I hope you are enjoying the benefits that fellowship can offer. Not least, it is a recognition of your career in tax and your standing amongst your fellow professionals, but it is also an opportunity to participate in the free Fellows webinars which are an excellent way of keeping up to date (another tick in the CPD box) and networking with other members of similar standing. You will also be joining over 1,600 others who have seen the benefits and applied to become Fellows – all for just a small increase in the Annual Subscription. You can also then upgrade your designatory letters to ATT (Fellow), and what more could one want at Christmas!

As we rapidly head towards the end of the year, it means that the Self-Assessment deadline is also looming. Given the pressures that brings, there won’t be an issue of Tax Adviser in January, so you will get a break from my ramblings until February.

And from an educational point of view, you might remember that I lead the Tolley Learning business at LexisNexis. As such, I am very much aware of the hundreds of students who, as I write, have just finished sitting their exams. They can now enjoy a well-deserved break from studying over Christmas whilst they await their results in January. I still remember that mix of emotions and I hope the exams have gone well and wish them luck for the results.

With best wishes for the festive season and new year. 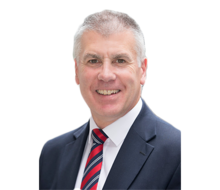 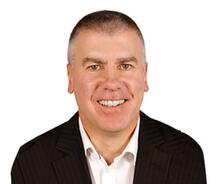 A selfless approach to duty